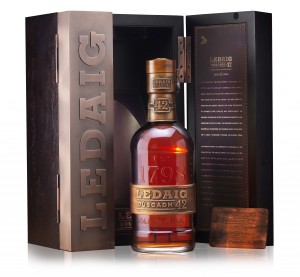 This paradigm shift from ‘show to know’ is being communicated to end consumers both overtly and more subtly. A classic case of the former was this year’s launch of Ledaig 42 Year Old, the oldest ever whisky released by the Tobermory distillery, located on the windswept Isle of Mull. The bottle label and gift box (by MW Luxury Packaging) featured copper sourced from the recently dismantled pot still, used to make the whisky in 1972. By incorporating the antique still into the whisky’s packaging Ledaig brought the brand story to real life.

Similarly, Germany’s top-selling brandy Asbach recently tapped into the country’s powerful nostalgia for 1989— the year the Berlin Wall fell—by releasing Asbach Freiheitsbrand, a vintage brandy distilled in the same year. The wooden gift box contained a real fragment of the Berlin Wall, giving customers a piece of unique history, making the product a compelling gift and a collectible item. 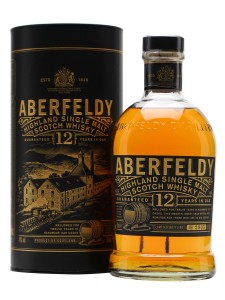 Communicating a sense of place through packaging need not be such a literal-minded endeavour. When Bacardi was looking to repackage its range of Aberfeldy single-malt whiskies last year, it found inspiration in the distillery’s gold-rich water source, the Pitilie Burn. Consequently, the new bottle labels and outer gift cartons both featured striking gold lettering, prominent against a black background.

Packaging can create an effective sense of provenance for new spirit brands as well. For example, Philippine small-batch rum Don Papa was only launched in 2012, but has already won several awards, earning permanent residence in style bars across the world. Part of the rum’s attraction is undoubtedly its highly decorative bottle label and gift box, featuring a stylised illustration of the Philippine independence hero Papa Isio, along with 50 hidden exotic animals native to the island of Negros, where the rum is produced.

At Hunter we understand the important role packaging plays in communicating provenance for many luxury spirit spirits brands. Placing a picture of the distillery on the bottle label and gift carton is no longer enough— attention has to be paid to the choice of materials used, the colours, textures and finishes. Above all, a thorough understanding of the brand’s heritage and the elements, which bring the brand story to life, are vital in developing secondary packaging to cut through crowded categories.

There are no comments